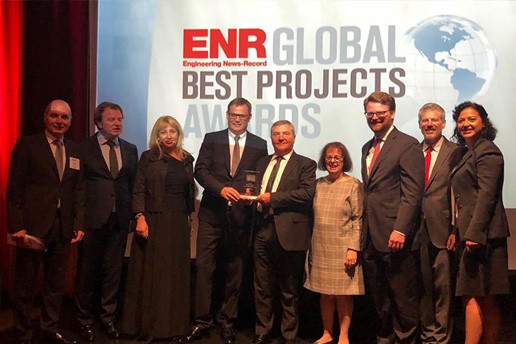 International Turkmenbashi Port, which will turn Turkmenistan into a center of world logistics, won the first prize in the, Airport / Port category at the ENR Global Best Projects competition, which is evaluated based on 23 categories by independent juries and New York-based ENR.

The International Turkmenbashi Port achieved a great success at the ENR Best of Best race in which the project nominated among the top three, finalists. The award was given at a ceremony in New York on 2 October, 2018.